People object to a minted humankind making money from an inauthentic bowl, while those who eat the real thing get diddly-squat 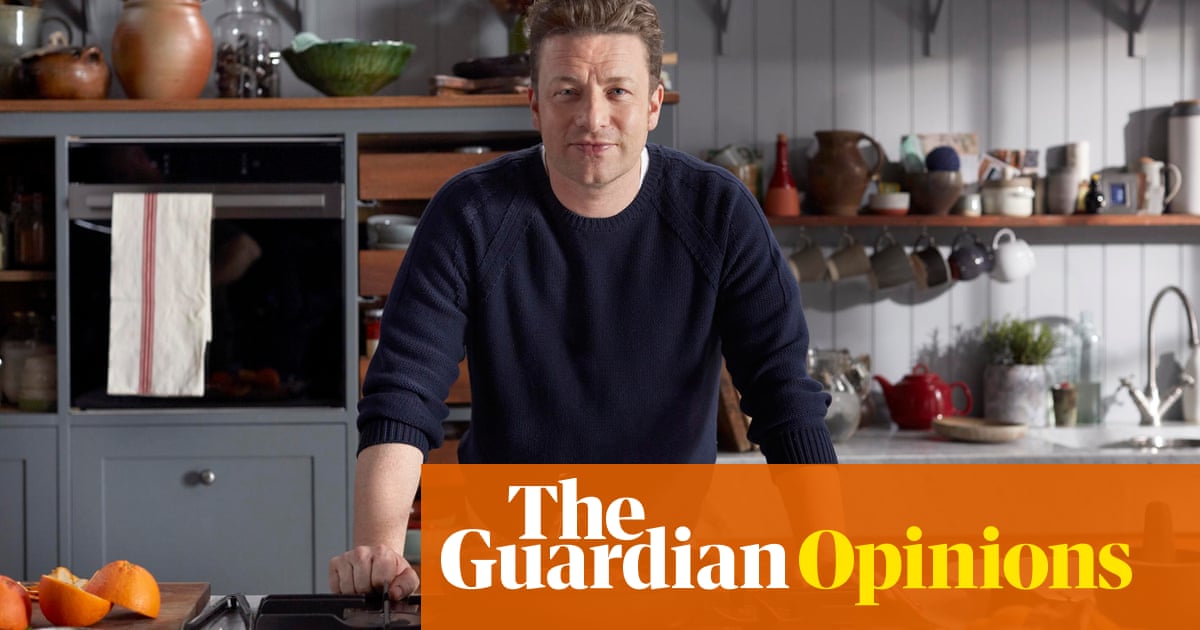 You can hear, even from a great distance, that some controversies have a hot, intractable core that won’t be easily cooled, in the same way that you can tell by watching a saloon oppose whether it is about a fraternal betrayal or somebody spilling something. The fracas over the fame cook Jamie Oliver’s punchy jerk rice- which led the Labour MP Dawn Butler to tweet:” Your moron rice is not OK. This appropriation from Jamaica needs to stop”- is just such a row.

Oliver devotees action themselves awake. Which bit of his rice is wrong, again? That he would use seasoning that originated in another culture; that he would get the seasoning wrong; or that he would misapply it to the wrong part, “jerk” being intended for meat , not rice? What do the liberals miss? Where was Butler when he started applying mostarda di frutta on pasta? Won’t someone think of the Italians?” And what about tea ?”, included the contrarians.” Is that culture appropriation? Now we’ve appropriated it, is anyone else drinking it proper it back off us ?” The untrained see, arriving from space, would assume we were a nation that strenuously and irrationally affection, or disliked, Oliver, whereupon discussing him at all itself becomes an act of culture appropriation. But that’s not really what’s going on.

If you never borrow anything, that is a creed of insularity and parochialism. Because this is an easy point to score, a lot of people are coming in to bat for Oliver who wouldn’t travel near his dork rice with a 10 -ft spoon, and never tasted his jollof rice either, with which he doubly reviled an entire continent in 2014, making it nothing like it was supposed to taste, and clumsily attributing it to Ghana when its inceptions are struggled. It was like going in to a Greek restaurant and ordering a Turkish coffee, except multiplied by 17 and offering to make it yourself, with cloves.

But what people are angry about isn’t the homely cross-pollination of one tasty thing with another, but that a person who is already minted is making a load of coin out of a bastardised version of something, while the people who eat the authentic recipe construct diddly-squat from it. It is just another inequality story, bursting through the social skin like a pimple. We’ll crush it for a bit, it will hurt, some gunk will come out. The underlying surroundings will remain unchanged, until a fresh steam begins, perhaps when Jeremy Paxman launches his own street-style label.

What is illuminating is that all this illustrates the quality made a decade ago in the book The Spirit Level: Why More Equal Civilizations Virtually Always Do Better that difference is bad for everyone; it builds everyone angrier, rich and poverty-stricken; everyone’s mental health refuses, whatever their class. Richard Wilkinson and Kate Pickett, the book’s generators, were never great adventurers on why this should be, wishing not to muddy their clear epidemiological proof with theorize. But you can understand on a gut level why it might adversely affect all of us. Oliver probably does not wake up thinking of himself as emblematic of a rigged method. If all debate about equality is refracted through individuals, then nobody is reprehensible enough to stand for the sin of privilege, and if you want to represent the underdog, you have to be so subdued yourself that you are almost dead. Personal credentials become the beginning and end of a battle that cannot be prevailed on that territory. A tranche of belief will conclude that the debate is too laborious to bother with, or, as Peter York once archly said:” I’m just waiting for Gardeners’ Question Time to start talking about the inequality between my wisteria and my hydrangeas .”

I don’t have the answer, by the way: but I know it won’t be resolved by rice, and it would be facilitated if the super-rich tried superhumanly hard-boiled not to be jerks.

Is Michael Gove barking up the claim tree?

Michael Gove is not the go-to politician if your main issue is puppies- shortly after his stand against bird-dog” sanction collars”( remote-controlled collars that allow you to blast your bird-dog with an electric shock or, more commonly, cold air when it misbehaves ), he went back on the concept of a injunction. Now, though, he has come out against puppy farms. He will find few people who won’t support him in this: however much you distrust him and despair of his Singapore-in-the-channel vision for Britain, you must despise more anyone who would malnourish a puppy for money. If there is one thing besides Bake Off we could all sign up to, surely this “wouldve been” it?

Gove, like Boris Johnson, has seemingly turned to Facebook for intel on how to realise himself seem leaderly, except his bird-dog whistle is not Islamophobia but real pups. There is a peculiar quality to the animal-rights activism on Facebook. You would think it would be fluffy because animals are, but it often points up in a singular situate, calling for the death penalty for unprincipled puppy-farm owners or old evidence revitalization right, where people who leave puppies in hot gondolas are, themselves, locked down hot cars.

The great boon of pup-rights is that they can’t easily be aligned politically, so people who wouldn’t be happy with far-right connotations, or those of the left, can terminate snugly into some righteous fury that doesn’t involve crush their neighbours’ spaces. This is the happy place of the modern Tory moderate: all the power and zeal of communal frenzy, but nothing of the unfortunate and ugly ethno-nationalism.

The only problem is that anger is not politically constructive: some spleen is inevitable, but only as a side-dish. For generative social imagination, you may have to look somewhere other than social media.

No deal: how the euro has become the talk of British holidaymakers

” Imagine how cheap that would otherwise have been, before June 2016 …” This is the staple holiday conversation, repeated by every Brit in the eurozone, every seven instants, sometimes modified by the odd:” Well, that would still have been expensive, even when you got EUR1. 39 to the PS1″, and culminating in the regular detonation:” One to bloody one! We might as well have gone to Sweden and consume five quid on an apple .” Many things could change the climate, when autumn comes: the issuance of the no-deal Armageddon scenarios may return MPs to their senses. But these escapades in Carrefour, get pointlessly mugged to no one’s benefit, will supply an interesting background dirge.